30 years of .si
Countdown until birthday:

In 1991 we got our independent country Slovenia. The following year, Slovenia received its national domain .si. This year we are celebrating 30 years of .si. This does not mean 30 years of Slovenia on the Internet. The first Slovenian website went online on 23. November 1993 and was set up by Mark Martinec together with JSI staff.

To paraphrase Neil Armstrong, getting the .si internet address is “a small step for a man, but a big one for Slovenia”. Therefore in 2022, the Registry .si decided to present the most important events of the past 30 years, the work of the Registry, its employees and partners and many interesting things related to our national domain. On the website dedicated to the 30th anniversary, we will publish testimonials of experts who helped make .si a safe and reliable domain, registrars who have been working with us for many years, domain holders, anecdotes, interesting statistics and everything you ever wanted to know about .si, but didn’t dare ask.

Thank you for trusting us with your .si address for 30 years.

Passersby were asked about domains and DNS. The head of Registry.si, Barbara Povše, comments their answers.

What does Registry.si do? (Episode 6)

What would be the name of your website? (Episode 5)

What is the Slovenian domain code? (Episode 4)

How many domains under .si are registered in one day? (Episode 2)

What does DNS stand for? (Episode 1)

We spoke to Živa Deu, Head of Digital Strategy at Atlantic Grupa for Savoury Spreads, about the online presence of their products and the impact of domains on sales strategies.

One of the judges in Netko competition elaborates on web development experiences and requirements in the past 10 years.

Address by the director of ARNES, MSc. Marko Bonač (video) 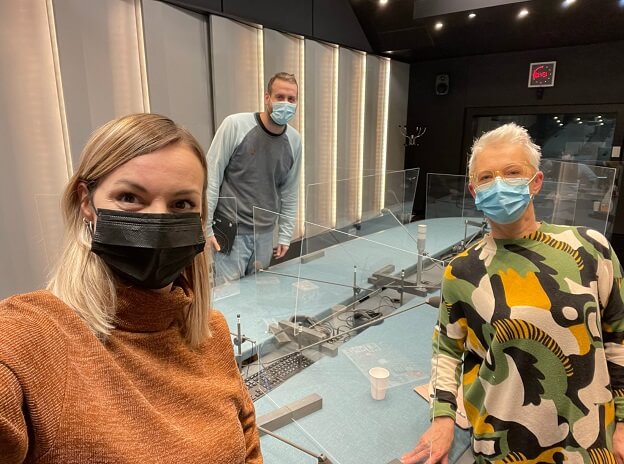 Odbita do bita is a podcast about modern technologies. It is hosted by Anže and Maruša who invited head of Registry .si to talk about .si …history and the evolution of domain industry.

Podcast is available only in Slovene on Odbita do bita website or here below.